The proposed final operating budget (General Fund) includes planned expenditures and revenues for calendar year 2021, using the latest facts and figures available to City administration. The primary source of the City’s annual revenue comes from property taxes payable in a calendar year. The City must certify its final tax levy by December 28, 2020. Therefore, the city council will be discussing the proposed final operating budget and associated tax levy at its regularly scheduled monthly meeting on December 9, 2020, beginning at 6 p.m.

The proposed final operating budget reflects actual year-to-date spending through the month of November 2020. Figures for the month of December 2020 are estimates based on budget forecasts. The proposal includes General Fund expenditures totaling $257,945 (an increase of $4,745 from the approved proposed budget) and revenues of $260,180 (a decrease of $8,116 from the approved proposed budget). That decrease is largely due to a proposed reduction to the certified proposed tax levy. Forecasted revenue is sufficient to cover 2021 budgeted expenses without an increase to the tax levy. Under this scenario, property taxes payable to the City in 2021 will remain at the 2020 level, generating $159,175 in annual revenue. Proposed expenditures to the final operating budget include:

The city council is encouraged to review the proposed final 2021 operating budget and request any additional information from City staff prior to the December 9 meeting. The public is encouraged to be involved with the budget approval process. There will be a time for public comments during the council meeting, which will take place at the Canton Town Hall. A vote is expected during the December 9 meeting, to allow sufficient time for the final tax levy certification. 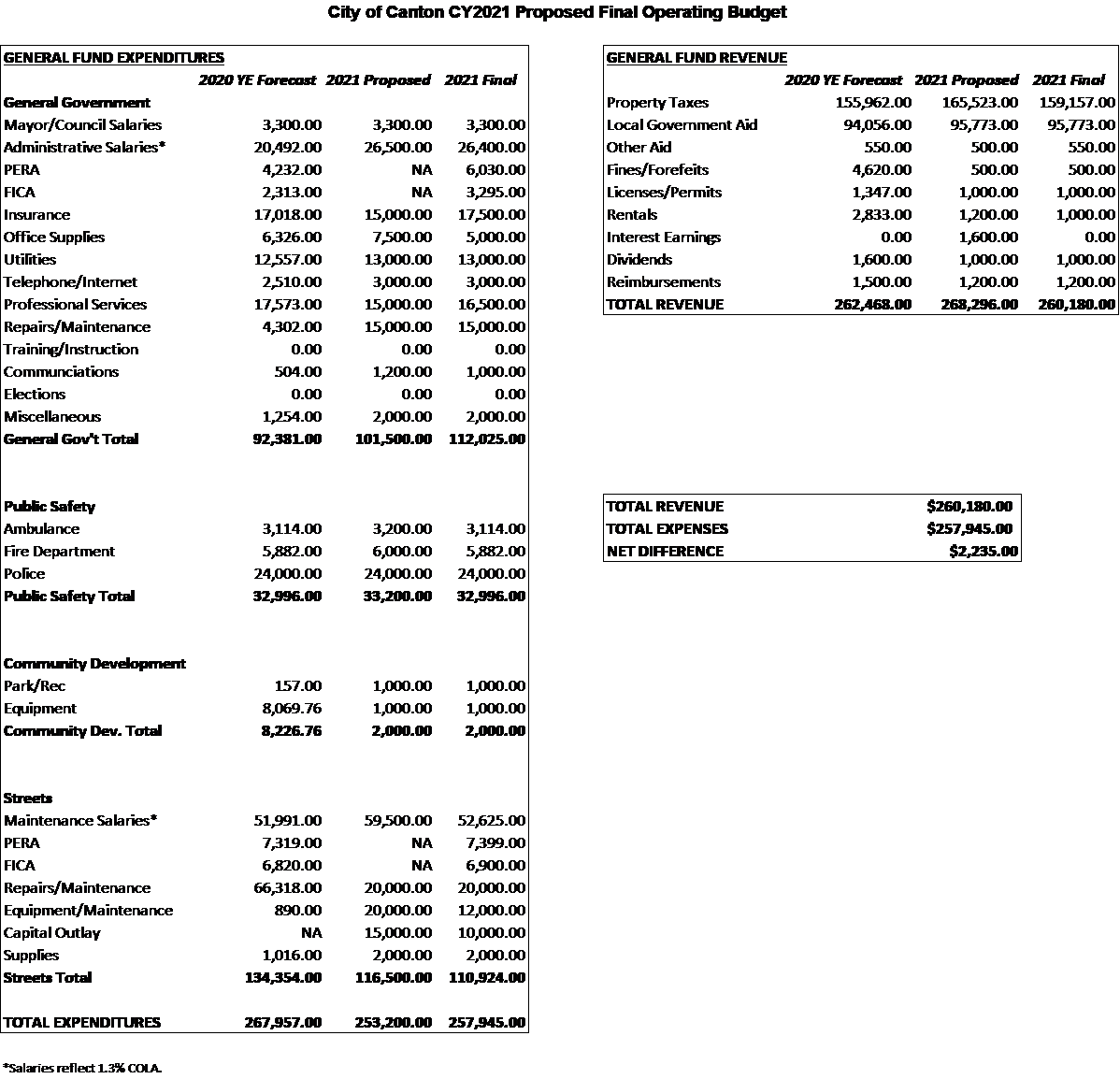 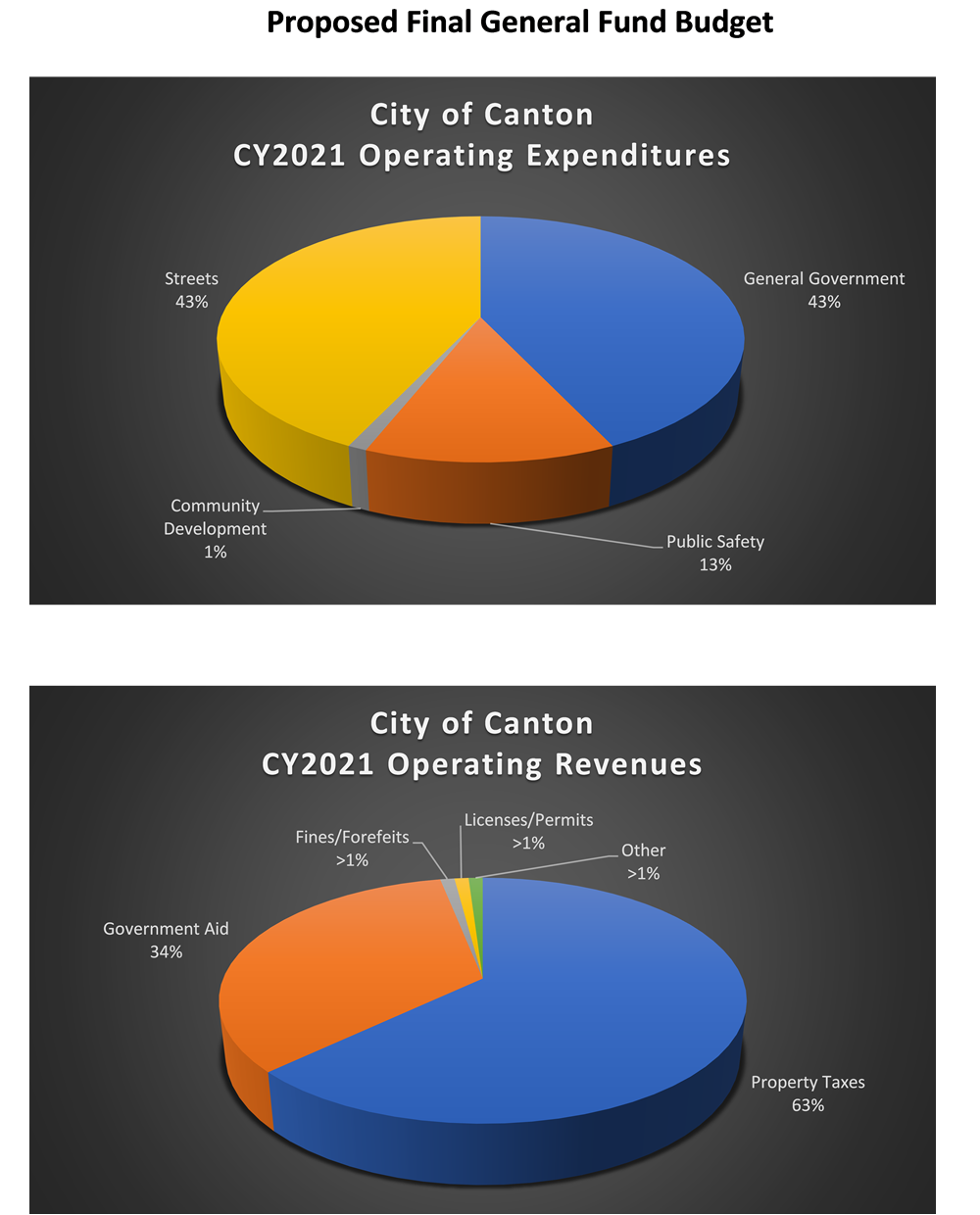 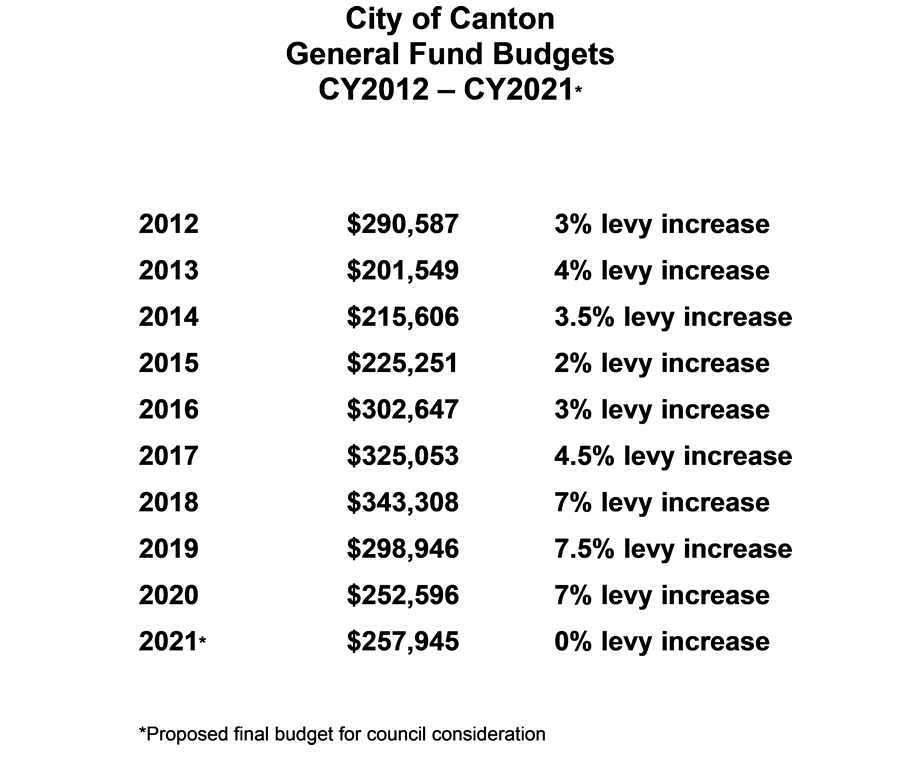 The City of Canton is an Equal Opportunity Employer and Provider